I am calling this series of paintings “Rehearsals”. In this work I use the painted surface as a threshold for figures that appear as on a stage and become part of some spontaneous performance. These are theatrical fantasies where the figures can be viewed in terms of wider social groups that are immersed in a world of make-believe that for me alludes to a reality beyond what I am depicting. I have been inspired in some cases by Renaissance structures where the foreground is occupied by figure groupings involved in rituals of different kinds while in the background is a depiction of a distant city or habitation of some sort. The work has no clear or didactic story as in renaissance paintings. I leave this up to the viewer to imagine their own narrative for the image they are seeing. In the spaces I am creating the found figures are for me outside normal social constraints. 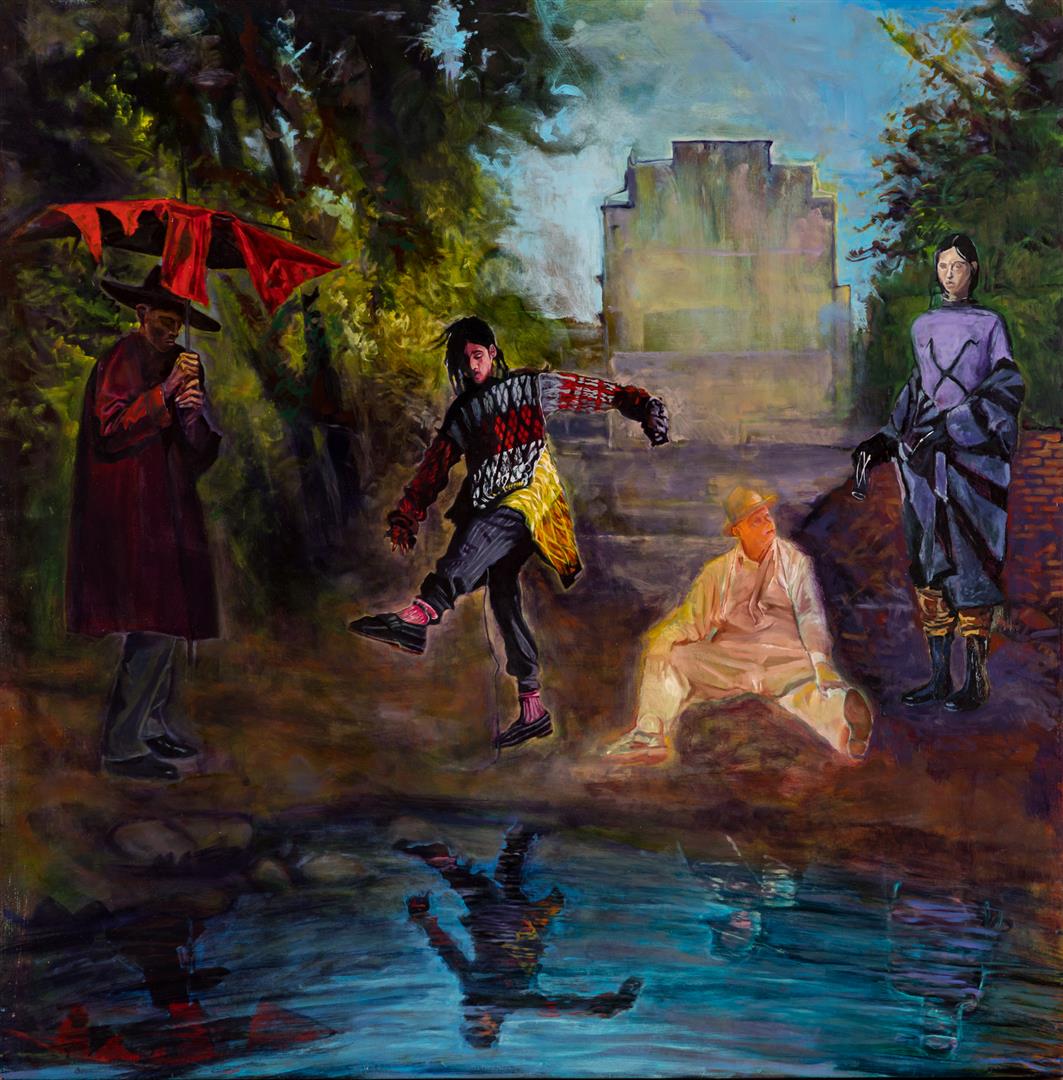 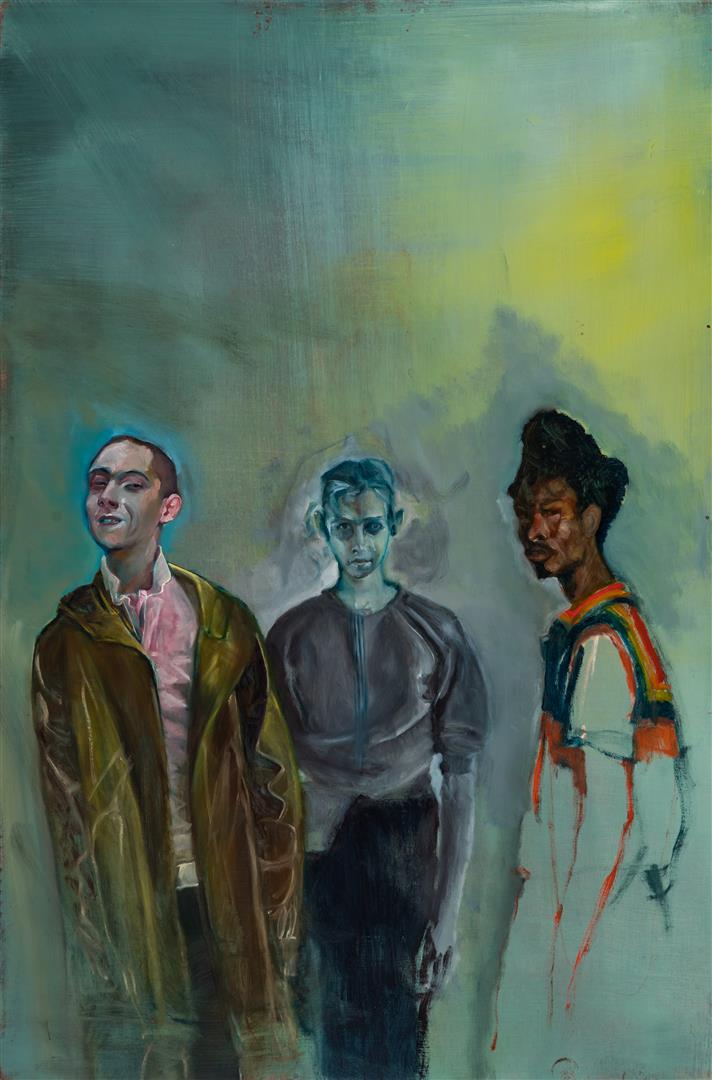 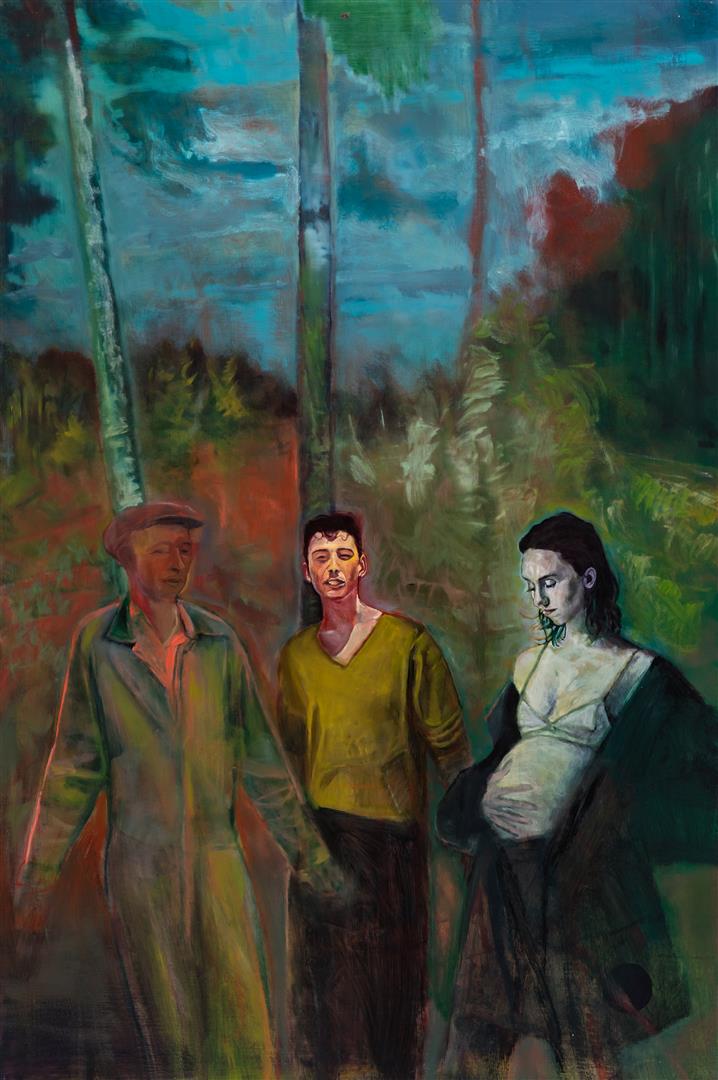 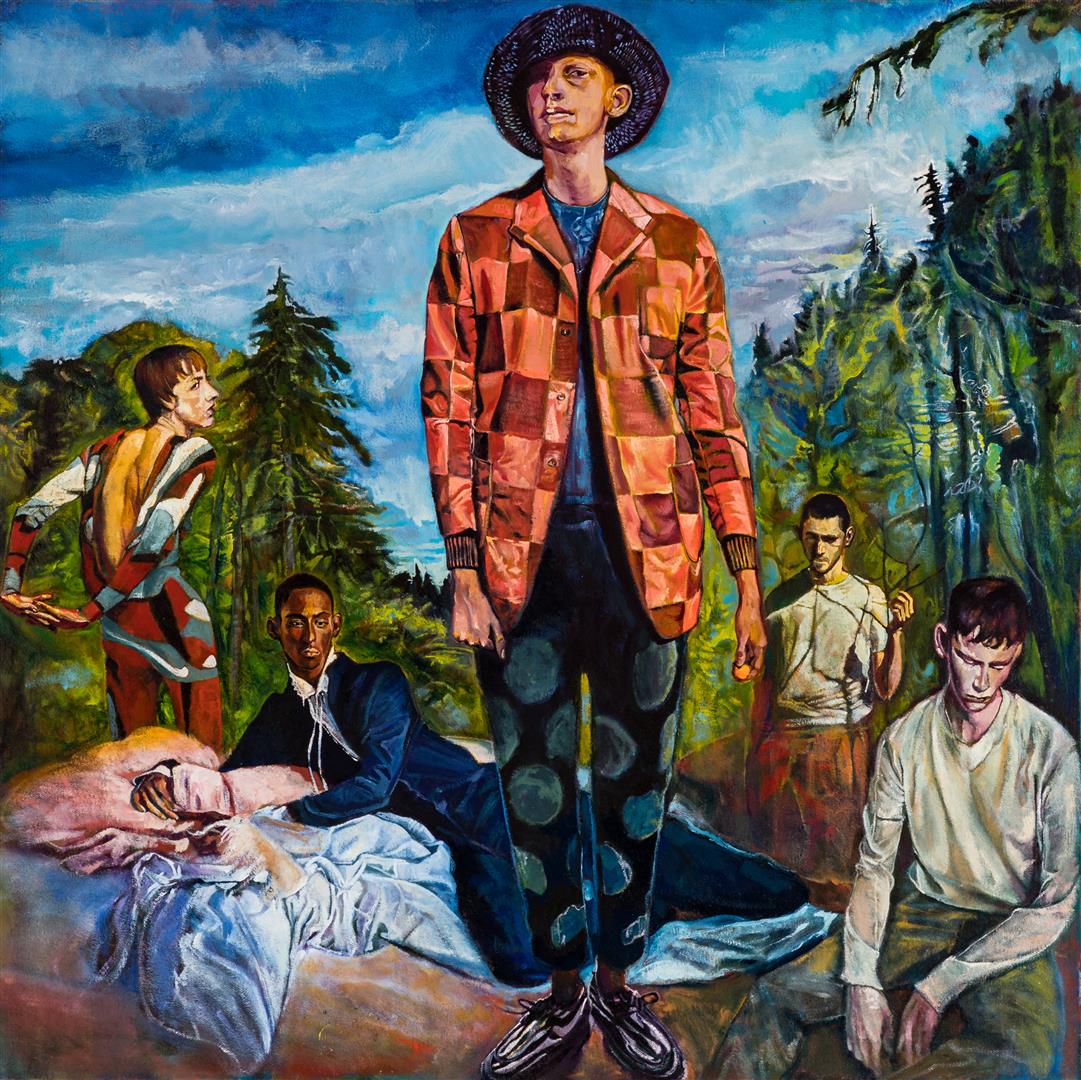 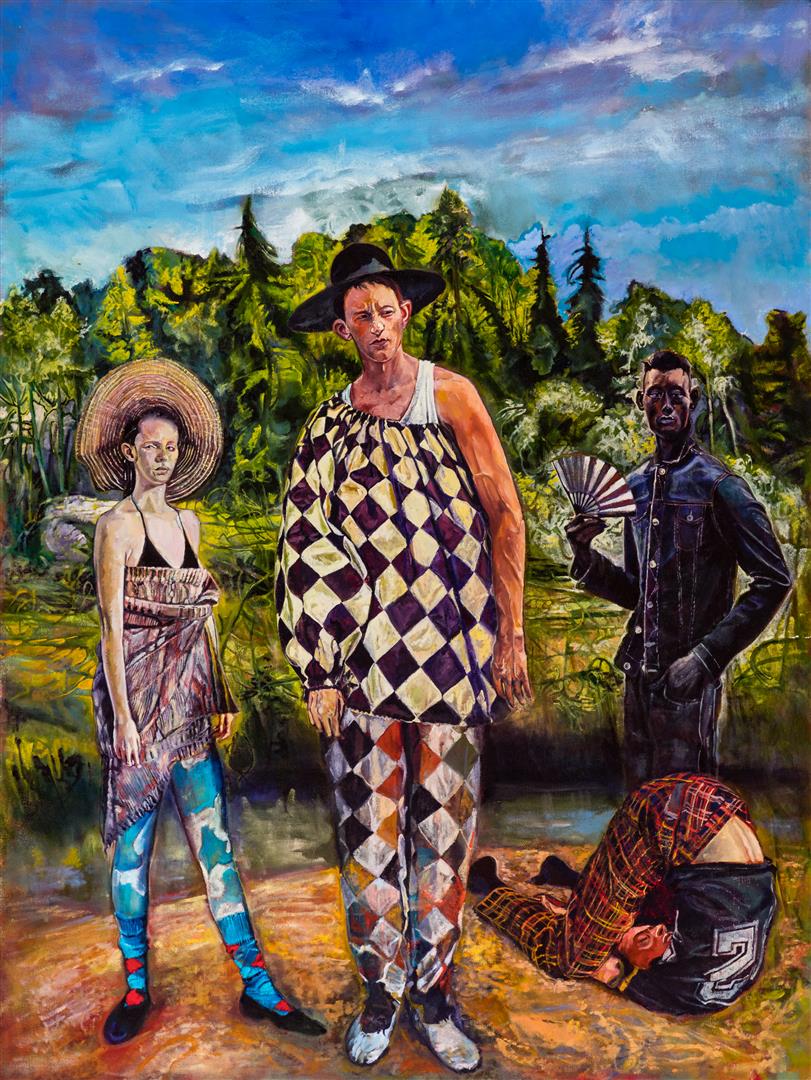 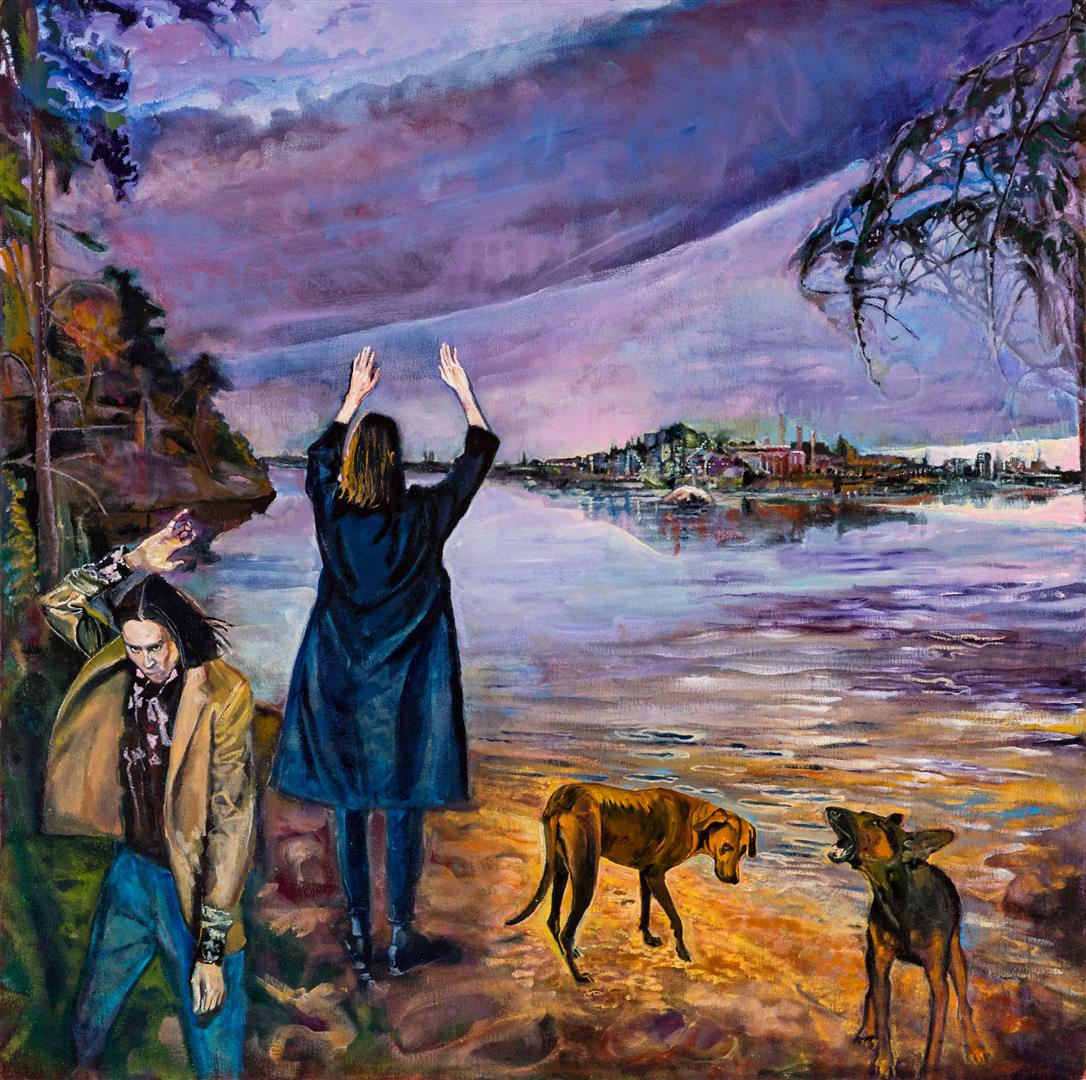