“In the history of Western civilization forests represent an outlying realm of opacity which has allowed that civilization to estrange itself, enchant itself, terrify itself, ironize itself, in short to project into the forest’s shadows its secret and innermost anxieties.”

The boreal forest has been one of my abiding subjects. In this project I worked towards an aesthetic of embodiment, creating metaphors for establishing a strong human presence within the landscape. This involves creating spaces that incorporate many things: memories, dreams, pleasures and sometimes feelings of estrangement and even terror.

As a white person of European descent my artistic practice involves tracing the many roles the forest has played in the Western imagination, and the historical and current practices that affect the boreal forest, the landscape that has shaped me. My childhood was marked by a freedom to explore wilderness areas in northern Manitoba and other parts of Canada. This land with its flora, fauna, and indigenous and settler populations is a potent presence in most of my work. The fact that present day forests are under stress and are disappearing makes exploring the narratives of colonial histories a necessary part of my practice.

In the Acteon Project I use a classical Greek myth with a long history within European visual traditions, as a means of combining the landscape and the human figure. Rather than re-telling the story I am interested in seeing where my experimentation with the concept of metamorphosis will lead me. By setting the Acteon Project in the boreal forests of Canada, I am able to question the values that went into determining the meanings of the places I came from, values that still influence contemporary euro-Canadian attitudes towards the forests and those who inhabit them. 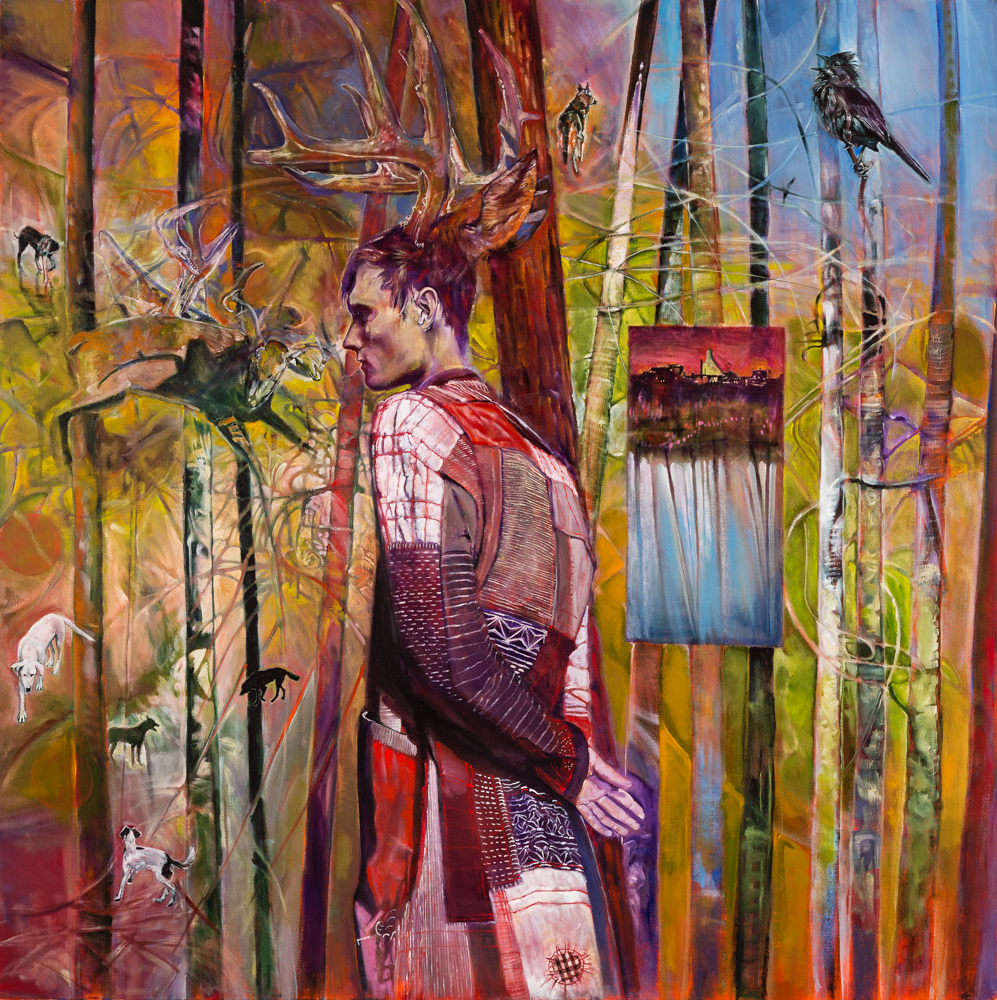 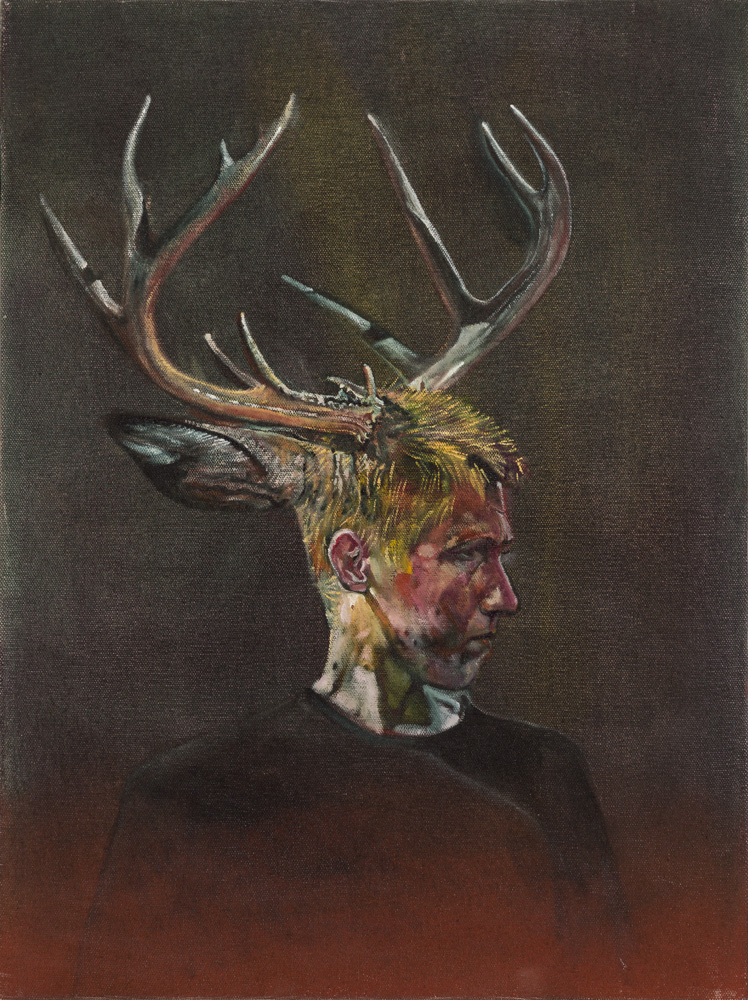 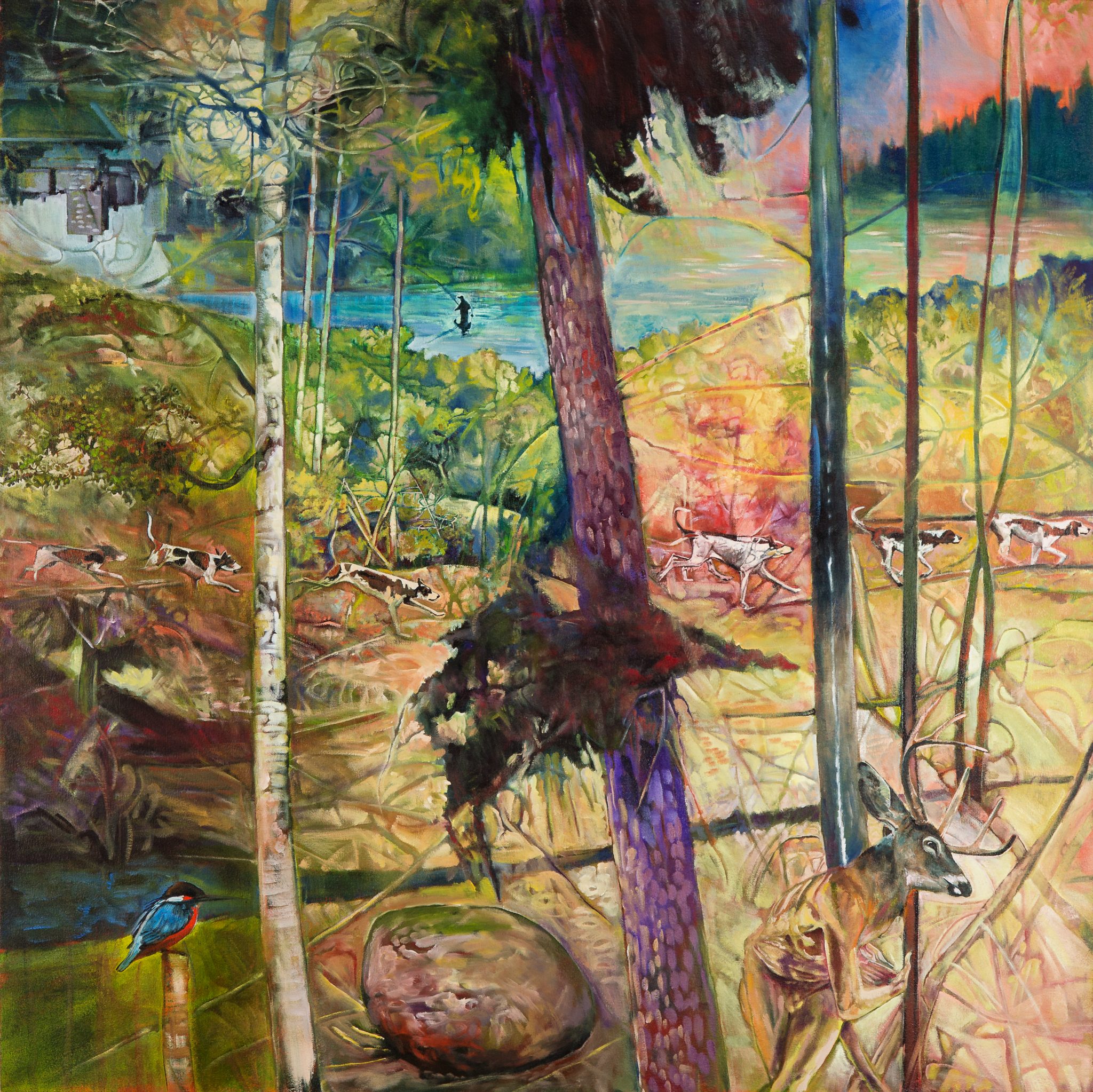 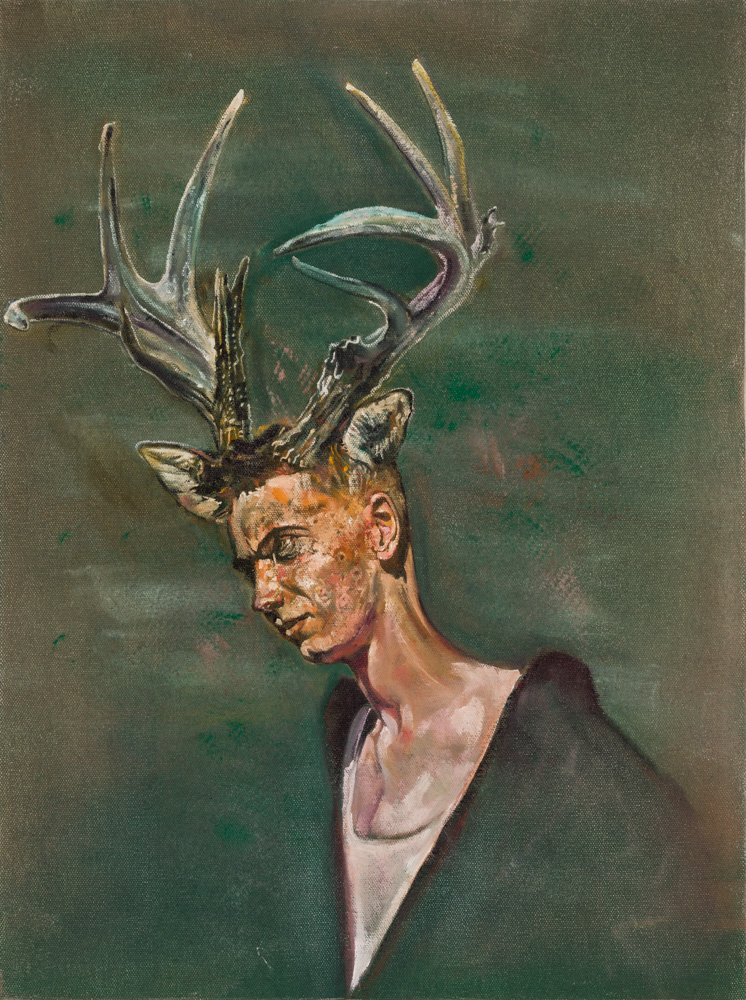 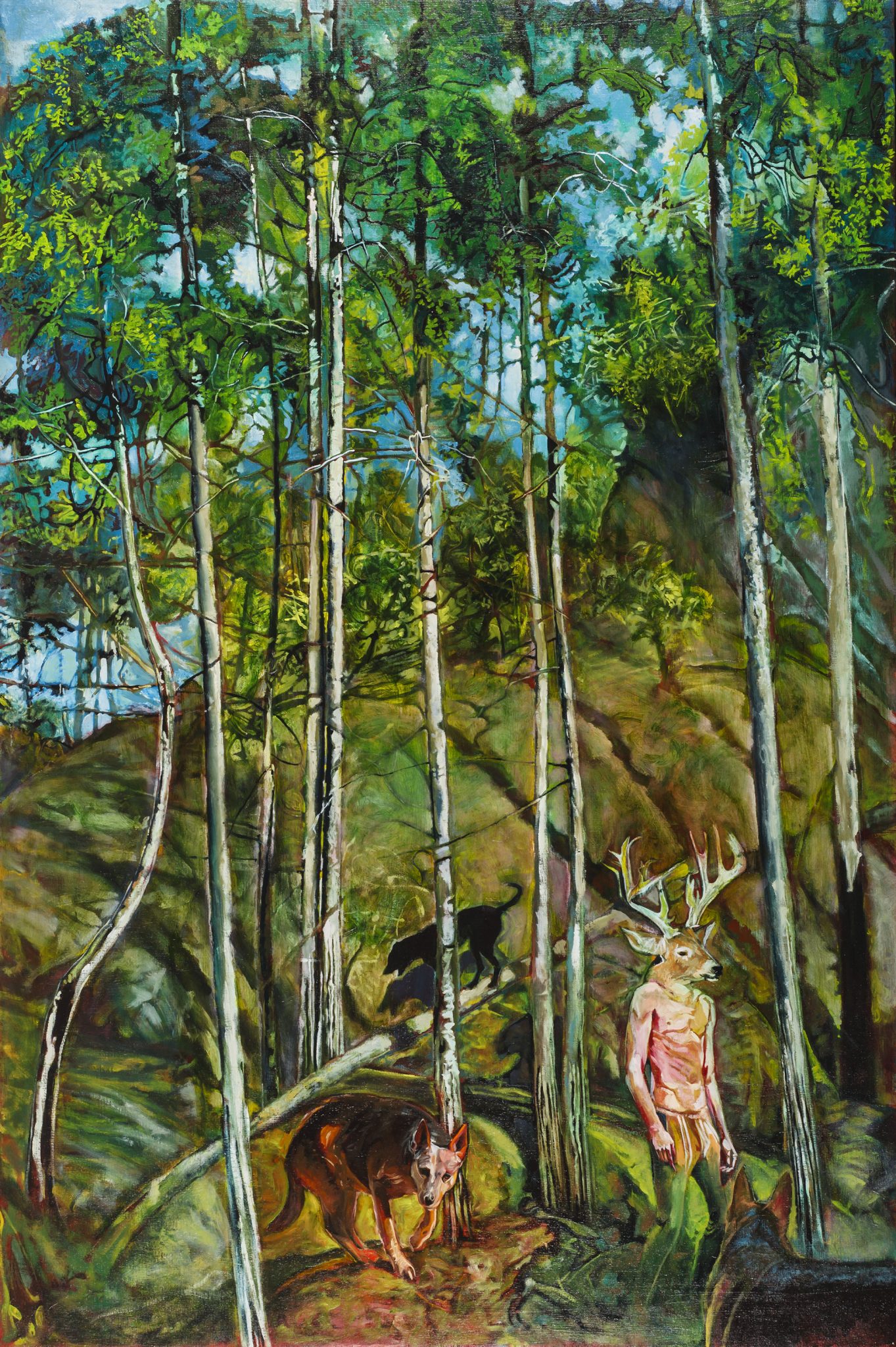 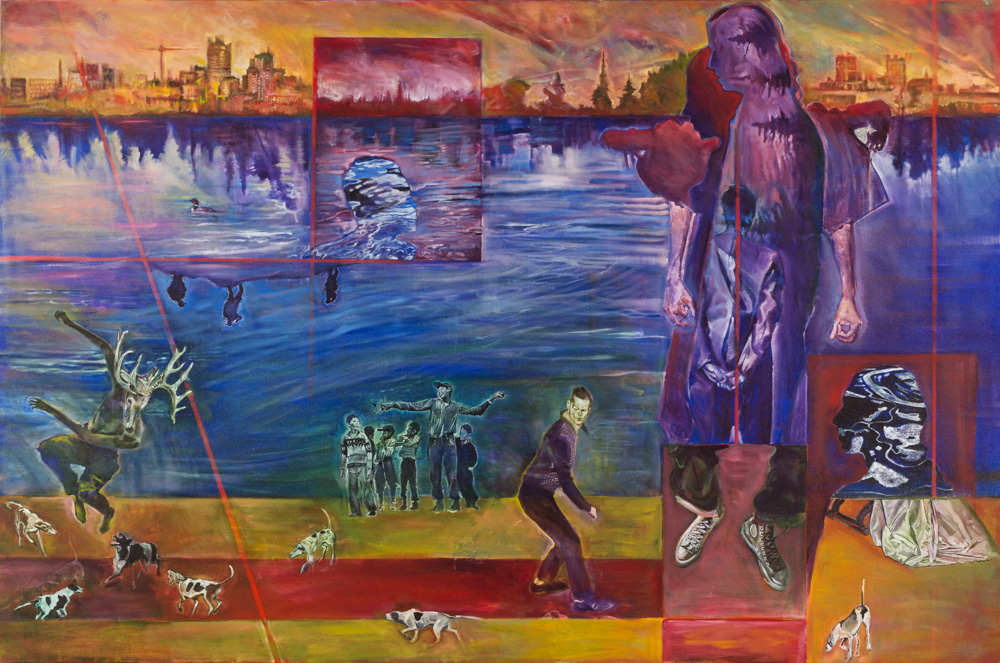 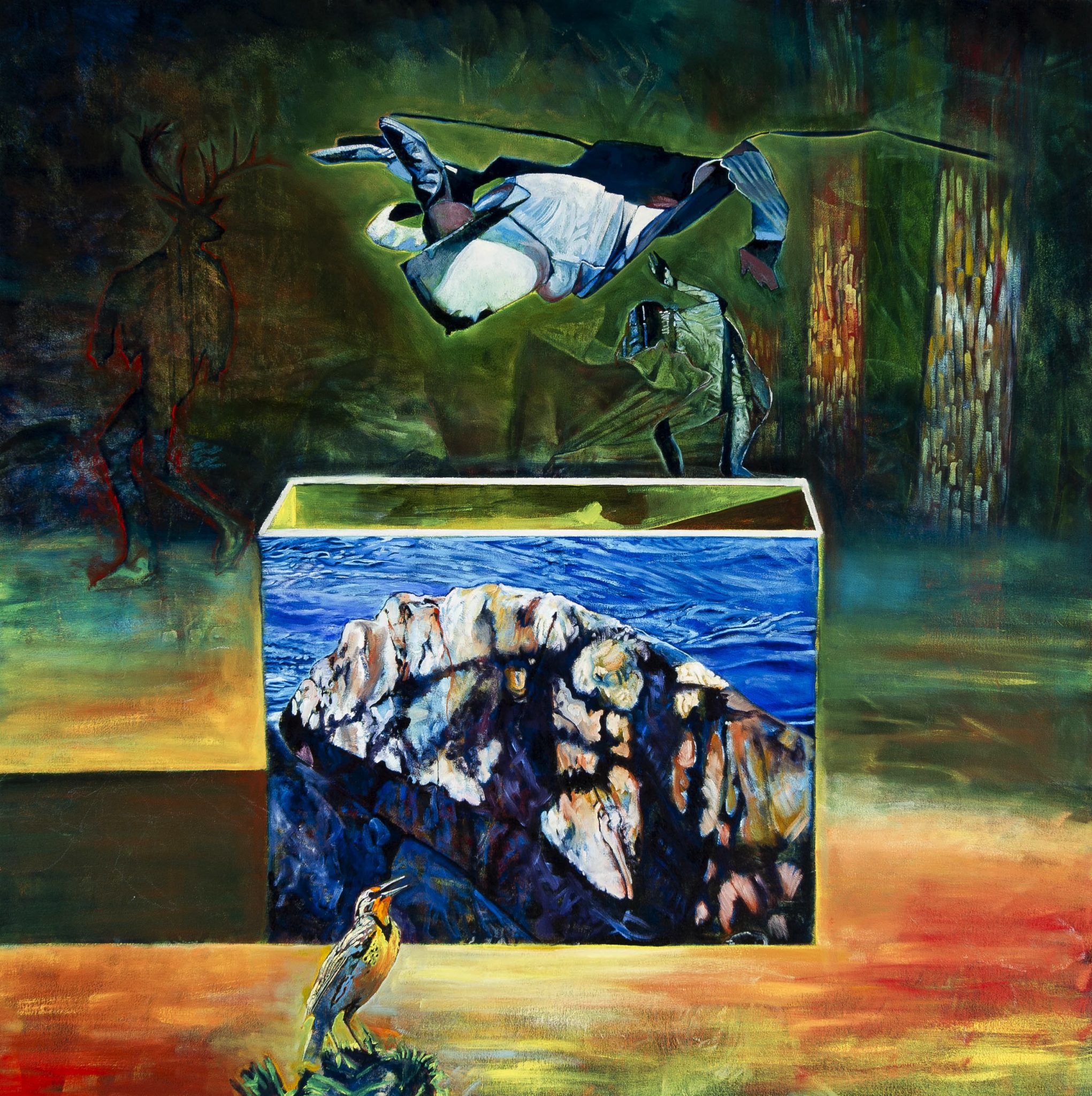 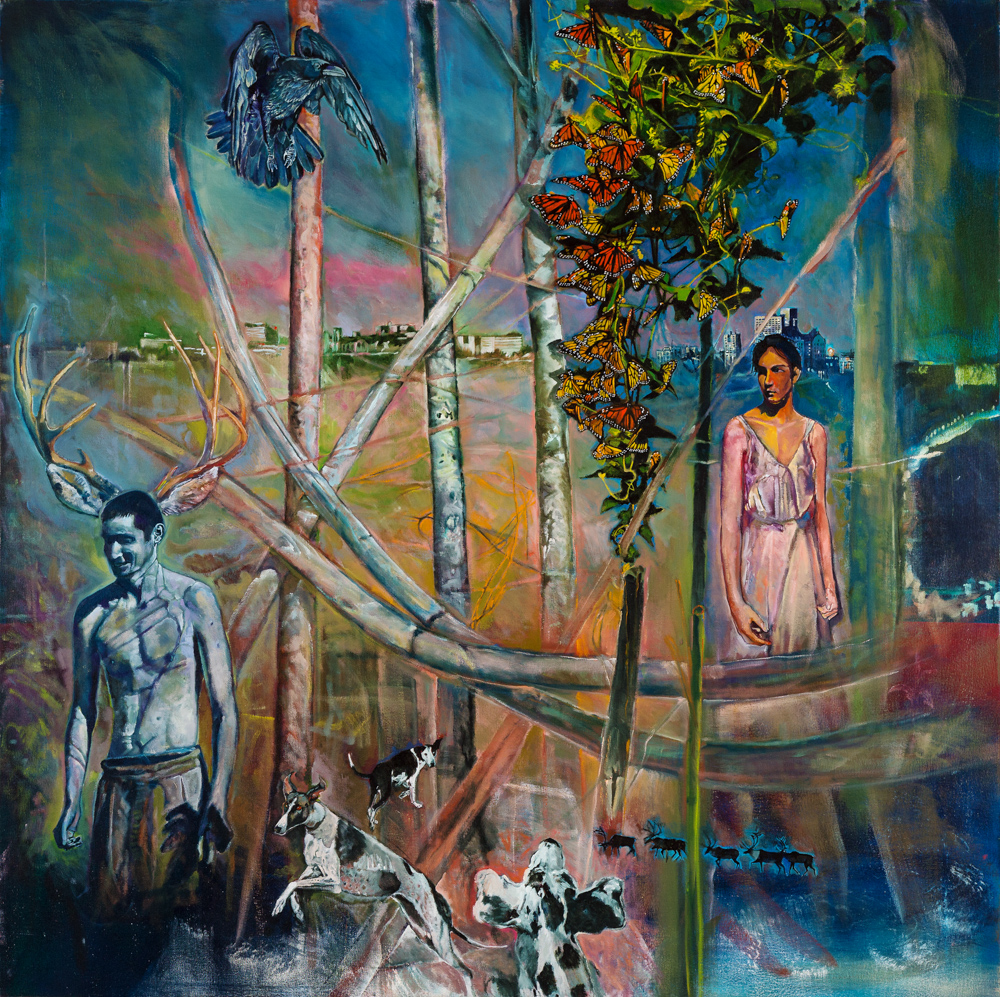 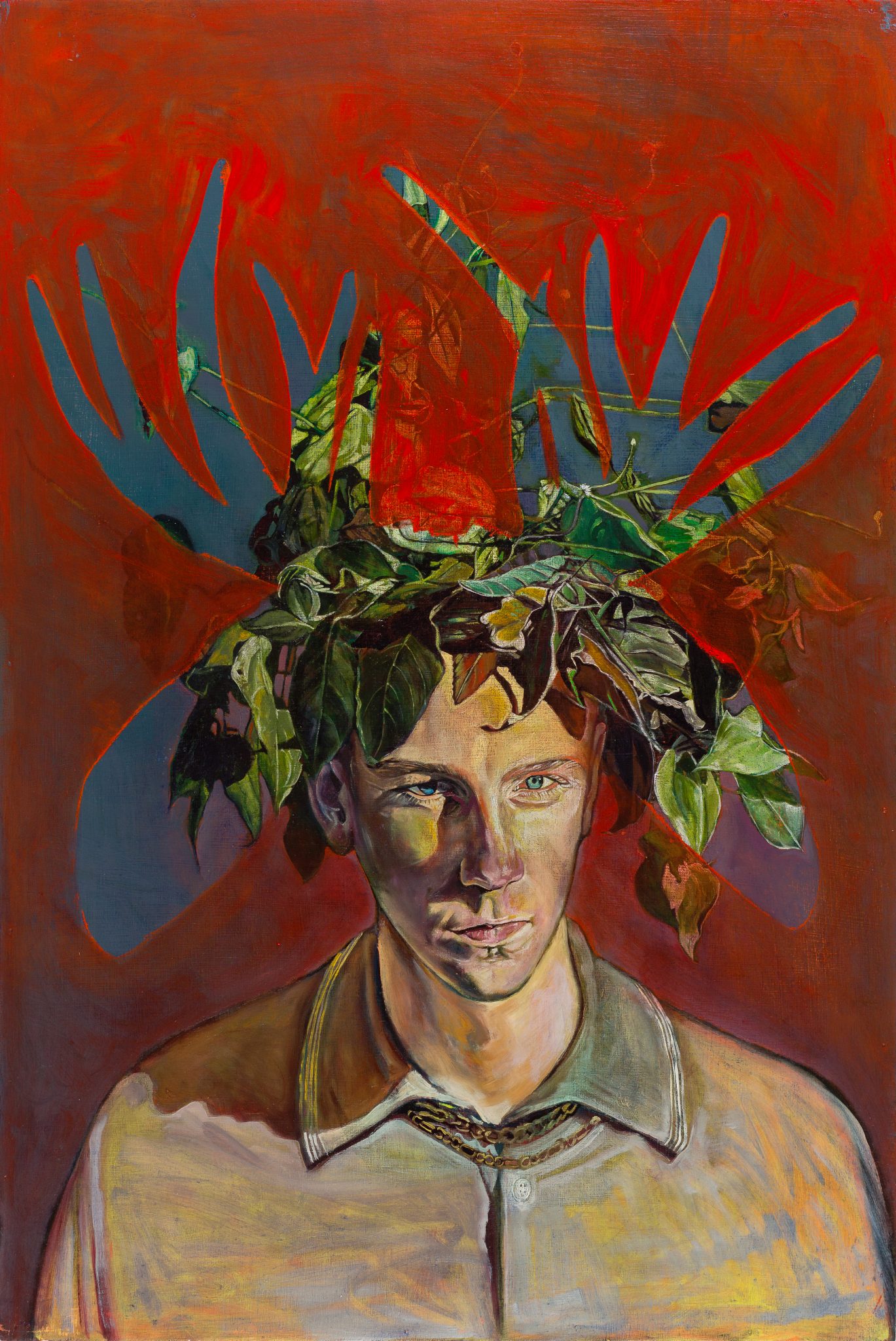 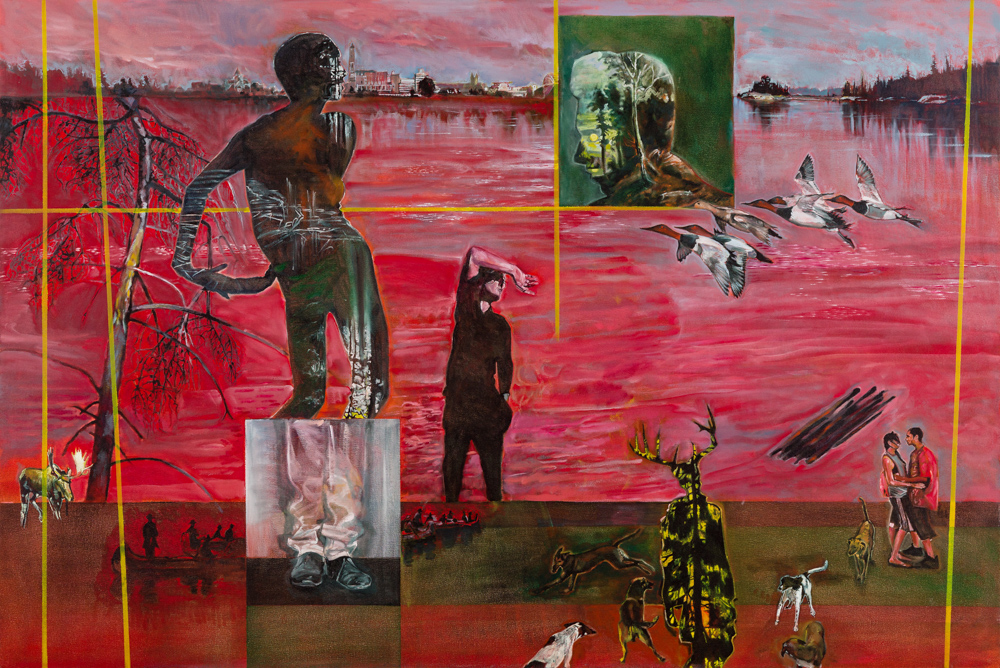 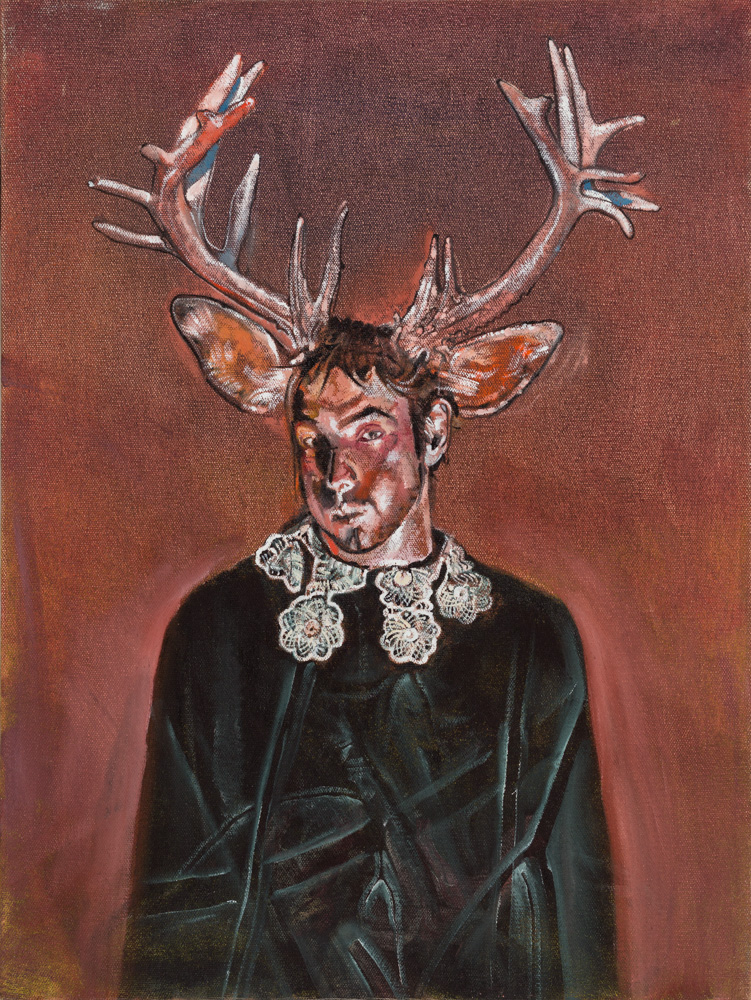 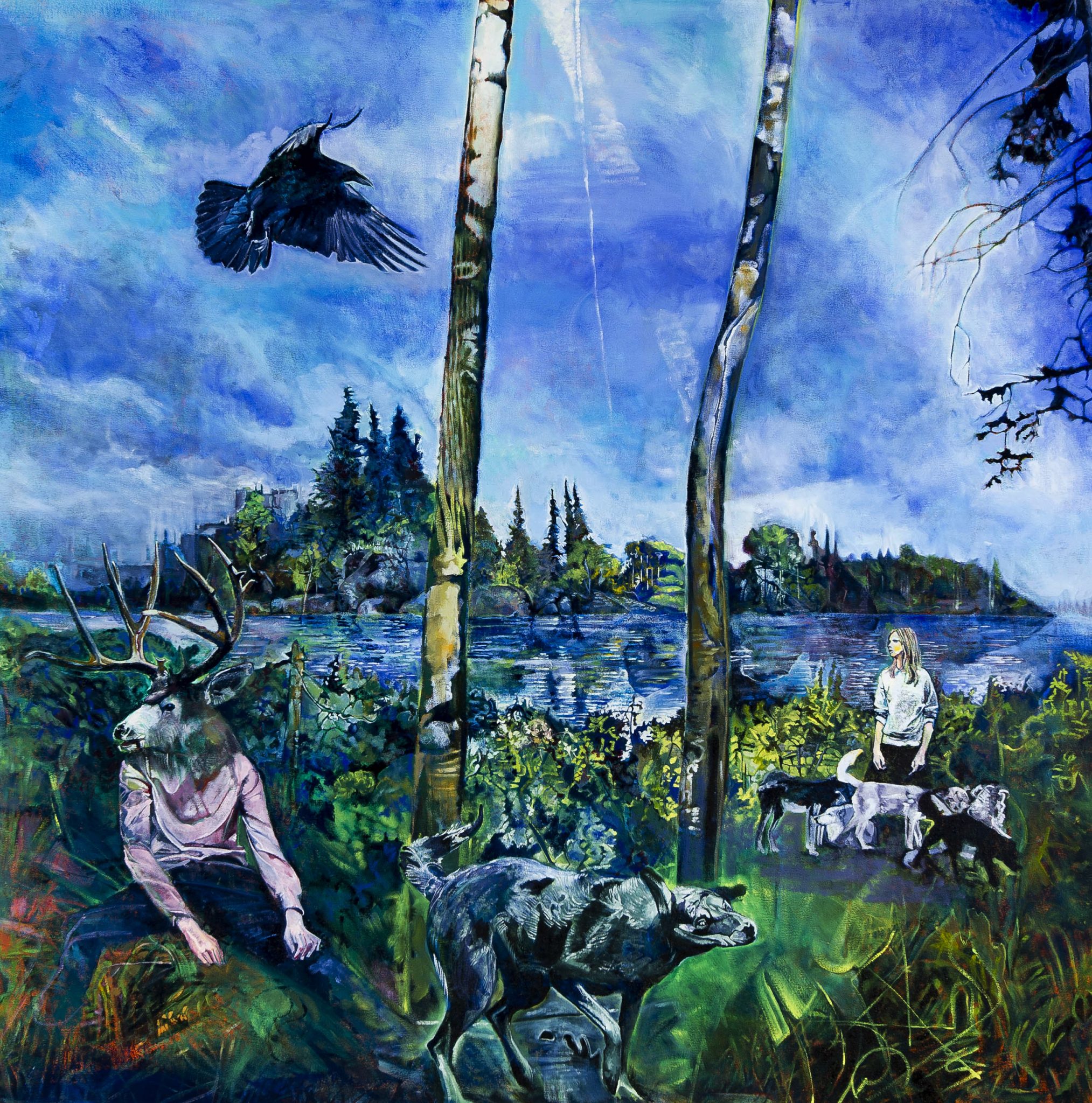 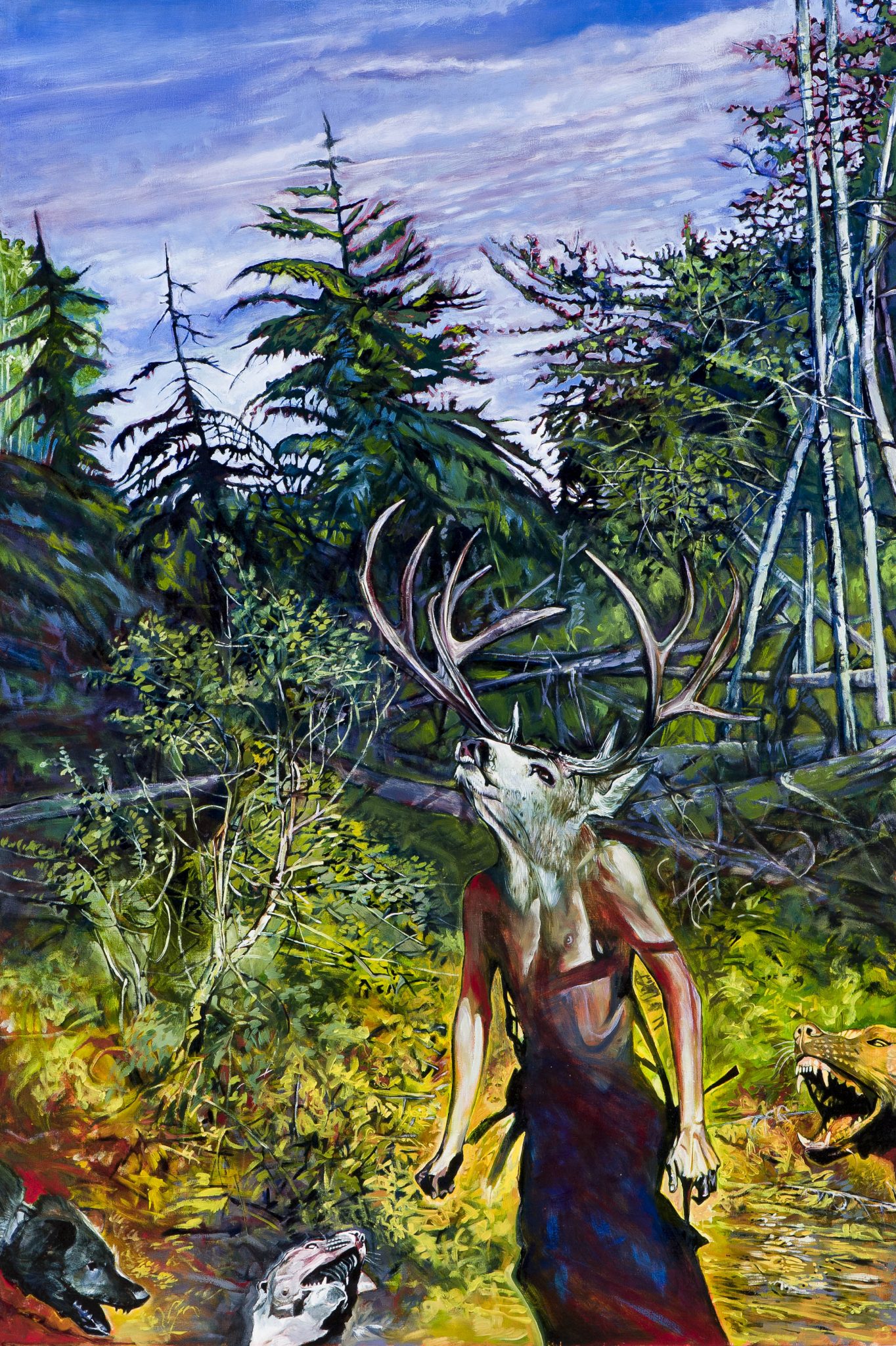